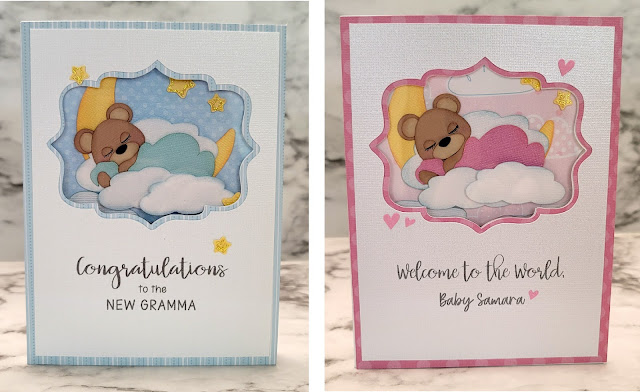 I was in need of two baby cards. One for a dear friend who had just become a new gramma, and  another for a nephew who welcomed a new baby girl. It was nice to be able to make the same card twice, but in different colors and with different sentiments.

I started by using a fancy label cut file which I had created a while back together with the print and cut function to add the sentiment and cut a layered window on the front of my cards. Next, I adhered a piece of clear acetate in between the white and pink/blue layers. 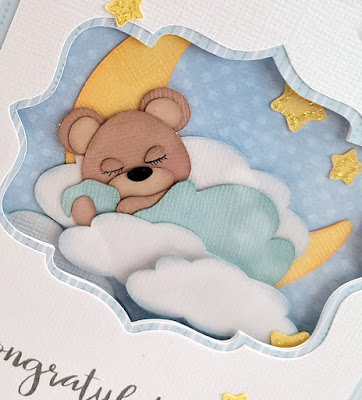 Sleeping baby bears you see through the window were paper pieced using the "Baby Boy Bear" cut file from Cuddly Cute Designs. Completed bears were then glued onto the negative piece of printed cardstock that I got from cutting the windows. 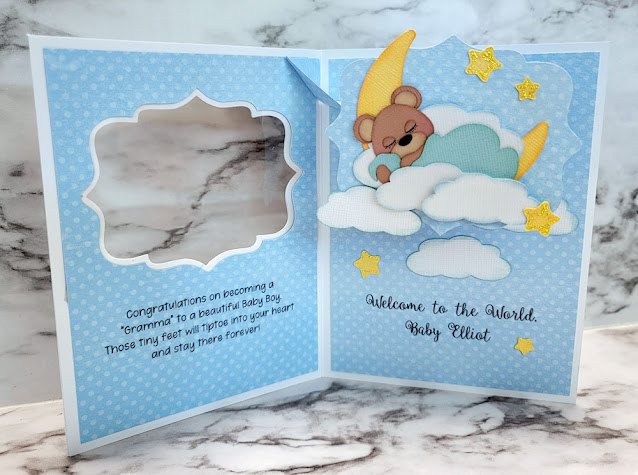 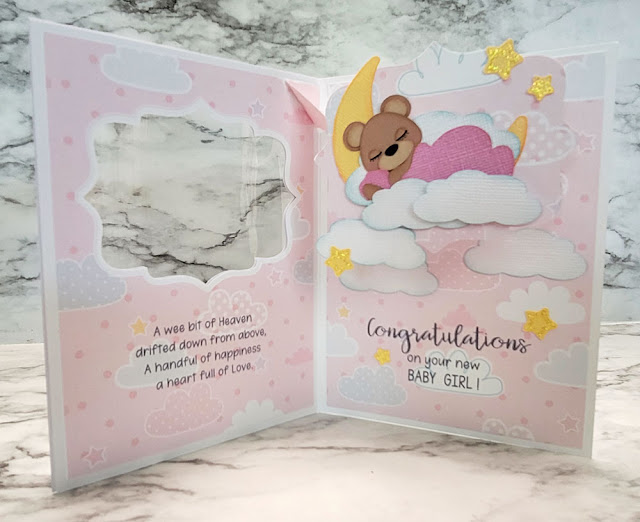 Inside, I used Karen Burniston's Katherine Label Pop Up Die.  As the cards are opened, baby bears asleep on a bed of clouds and the moon pop forward and "float" up to the top of the card. 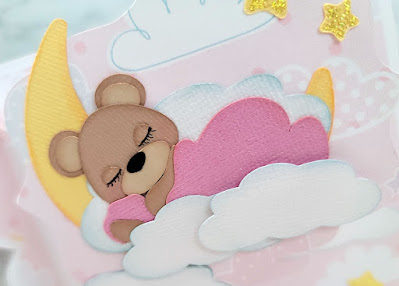 I like using this pop up mechanism whenever I'm trying to get an image to appear to float or fly up into the sky. I've also seen this Katherine Label Pop Up mechanism used in a top fold card, and slimline cards that have two mechanisms in them... still so much to explore and experiment with this die!

Sweet baby cards! I love the fancy framed window. Interesting how just the color changes make the cards look very different. Is it my imagination but are there many more babies being born recently....was it the pandemic?....lots of time at home...hahaha!