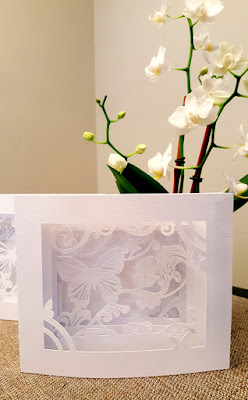 Whoa! Life took me into quite a tailspin this past month!  Thankfully things have finally begun to settle down now so I can get back into some sort of normal routine.  We didn't have the chance to properly celebrate Mothers Day with family until just yesterday, had to really scramble to put a few things together. 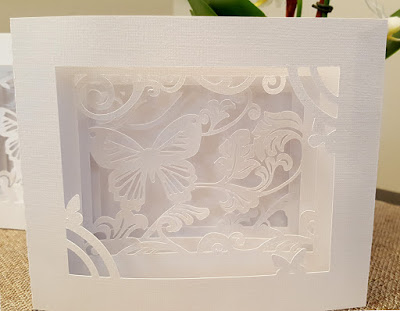 Thank goodness for the Lori Whitlock Shop! I chose to use her Butterfly Shadowbox file to make super quick but beautiful shadowboxes as Mothers Day cards for our moms. 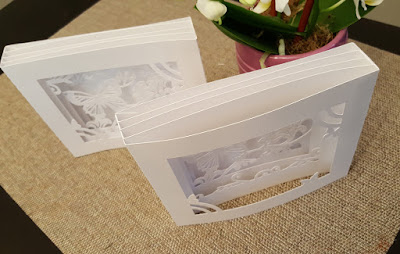 Here's the view from the top showing the three intricately designed layers inside the box which give this shadowbox impressive depth and dimension. 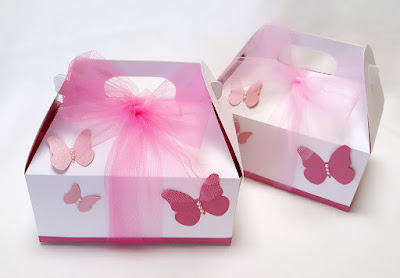 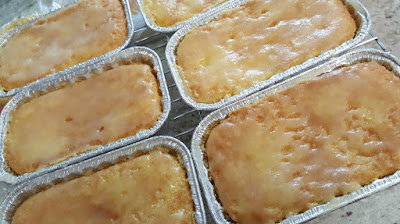 Baked up batches of pound cake for the special moms in our family and put them in gable boxes which I quickly put together using a file from SVG Cuts. Resized the box file to fit the mini loaves in Make the Cut  and kept the decorating to a minimum with a just few butterflies and pearls. 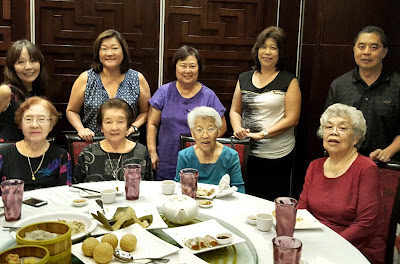 Here we are at our belated Mothers Day celebration. Heartfelt thanks to all these wonderful moms  in our lives who helped us get through all that life has thrown at us this year. We never could have survived without you. Love you all.
2 comments: 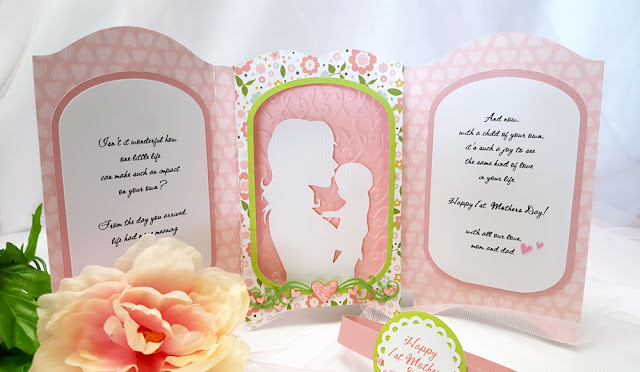 Today our daughter celebrates her very first Mothers Day. Hubby and I became proud grandparents just a little over two weeks ago and I was so excited for my daughter that I started working on a Mothers Day card for her even before making ones for my own mom and mother in law..naughty me! 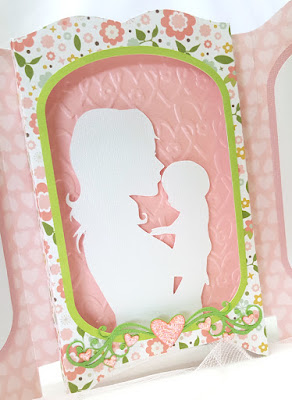 I decided to do a Tri-fold Screen  card, also known as a Tri-Fold Shadow Box card. I used an old cutfile I created a few years back for this style of card but found that I had to spend quite a bit of time resizing it. Later, I found a ready made cut file in the Lori Whitlock Shop... darn, wish I had seen that earlier; it would have saved me alot of stress and time! The center panel of this card is a shadowbox, where I added a silhouette of a mom and her baby.  Texture was added to the panel inside the shadowbox using the Hearts and Flowers embossing folder from Sizzix. Heart flourish on the bottom of the frame is a cut file from Miss Kate's Cuttables. 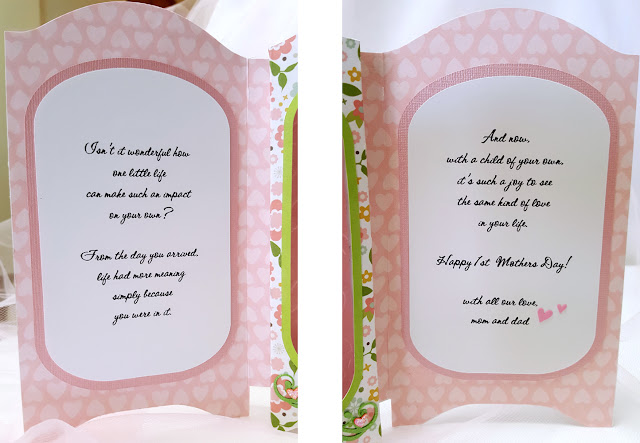 My sentiments were added to the two side panels... 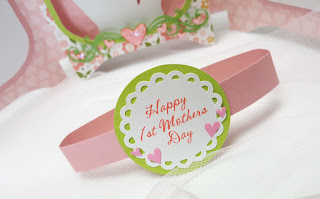 ...and a simple belly band keeps the trifold card closed. 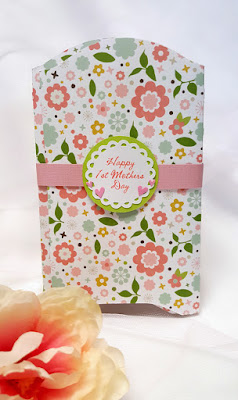 Hope everyone is enjoying a relaxing Mothers Day with family today.
No comments: 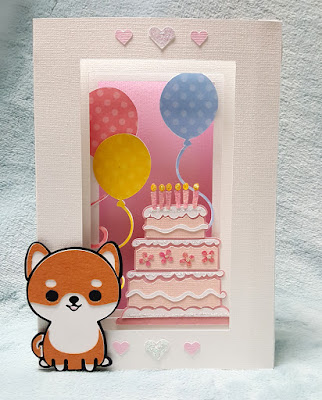 Recently I find myself being intrigued with shadowbox style cards, especially after seeing so many cute ones at the Lori Whitlock Shop. After viewing some of the instructional videos posted by Lori, I decided to give one a try for my niece's birthday. 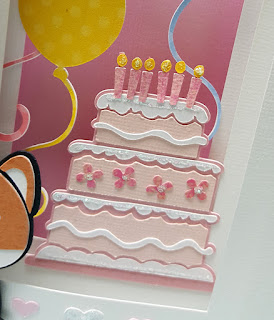 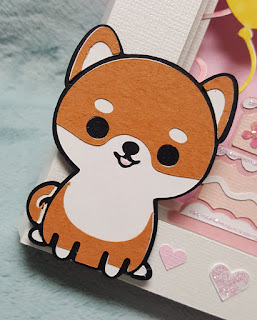 All the design elements used for her card including the balloons, cake and Shiba inu puppy are cutting files which were created in Make the Cut design program from images found on the web. For the balloons, I used tinted polka dot digital paper I purchased on Etsy from The DigiRainbow shop. 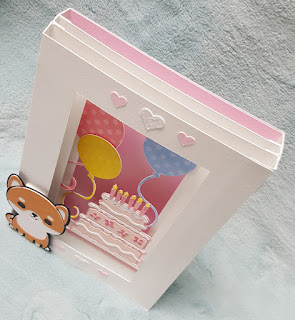 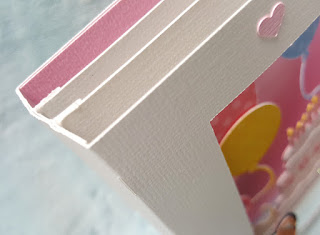 I followed the instructions on Lori's video for a Shadowbox with Hidden Binding to create tabs that run inside the box onto which the inner panels are adhered. I used Georgia Pacific 110 lb cardstock to make my binding, which resulted in a very sturdy shadowbox, but next time I will probably try to use a thinner cardstock because my card did not easily fold flat due to the extra thickness. 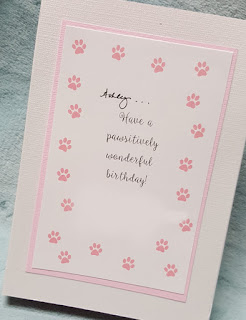 Birthday wishes for my sweet niece were added to the back of the card. Had fun playing and experimenting with this shadowbox style card. Still need a bit more practice with this, and hope to learn to do this well soon.
No comments: