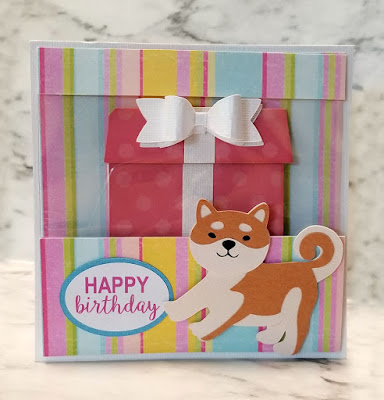 Here's a fun interactive birthday card I recently put together for a special niece who is a fancier of Shiba Inu dogs. Last year I purchased a few Shiba Inu images from VectorStock.com and rendered them into paper piecing cutting files to use on my sister in law's birthday card, knowing I would probably be using them again the following year on a card for her daughter (my niece) 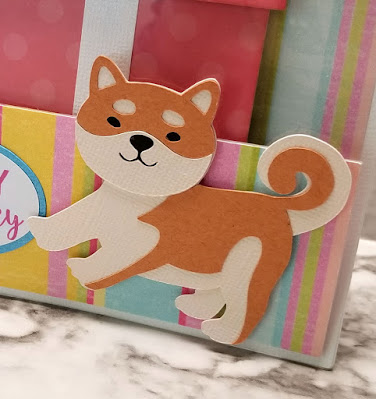 It's been awhile since I've used my Karen Burniston Parcel Pop Up die, so I thought I'd use it to make a fun pop up card. I used clear acetate for the front of my bottom fold card so the wrapped present in the card would be visible. I used a freebie cutting file from Bird's Cards to create a puffy bow for the front of the card to hold the magnet which keeps the card closed. The second magnet was glued under the flat bow on the giftbox  inside the card. 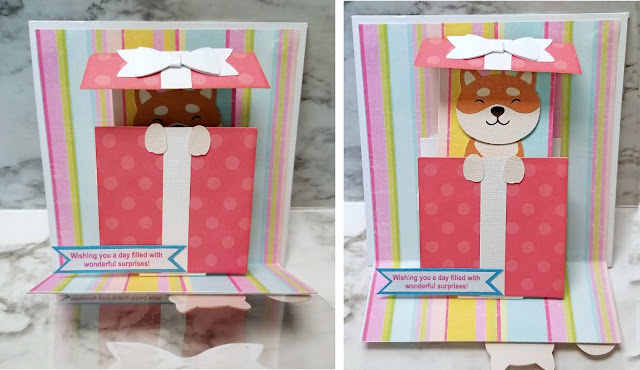 As the card is opened, surprise! Another doggie pops up from inside the present...so fun! 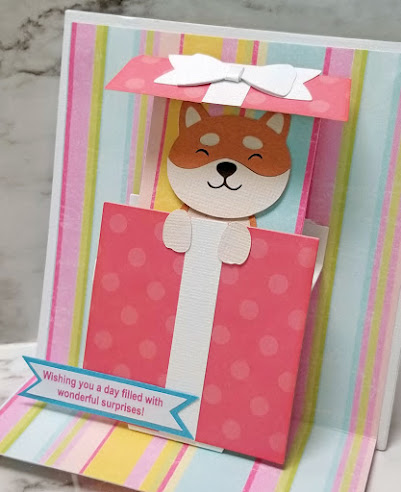 Remembering how to install the mechanism for this pop up was a little tricky for me so I had to watch Karen Burniston's video tutorial several times before attempting it on my card. I'm really pleased at how this card turned out and  am looking forward to using this mechanism die more often so I can become more familiar with installing it into my cards.

That is a fun and cute pop-up card. I'm always amazed how much effort you put into your cards. You are a master paper craftswoman. Your niece is going to be so pleased with the personalized birthday card.