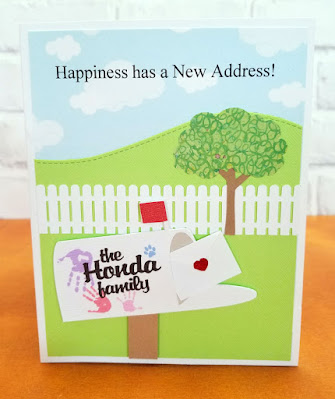 Our daughter and son in law moved into a new "forever home" in December, and although I was little late, I finally put a card together and sent it off to their new address. 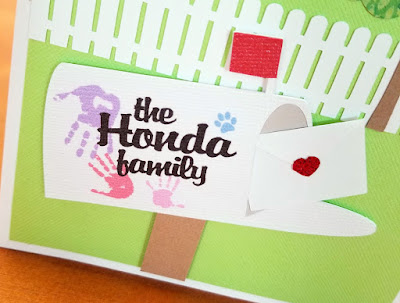 As you may have already guessed, the mailbox on the front of the card was inspired by the Disney movie, "Up". I actually created a similar "Up" inspired mailbox for their housewarming card several years ago when they bought their first home. This time around, I enlarged the mailbox to be the focal point of the card front and added the dog paw and toddler handprint (additional family members!). 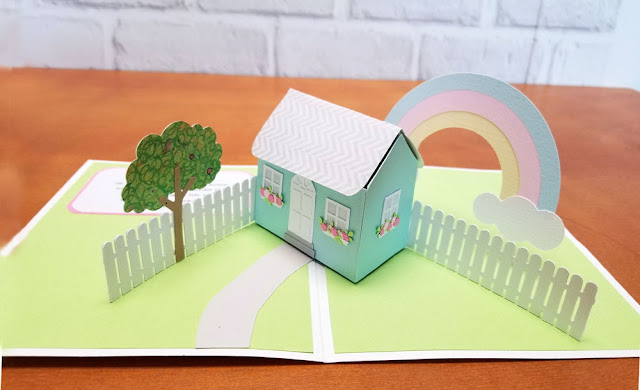 On the inside, I added this fun pop up house, which was inspired by a fabulous light up, snowy house Christmas card created by my dear friend Bev a few years ago. The tutorial and template to recreate Bev's amazing light up pop up card can be found here. I also discovered and learned a lot from a video tutorial by Duncan Birmingham, Tutorial 31 Pop Up House. If you are interested in pop ups as much as I am, he is on You Tube as "The Pop Up Channel" with video tutorials for many, many different kinds of pop ups. I really like that he takes the time to fully explain the mechanisms, how to construct them and how they work. 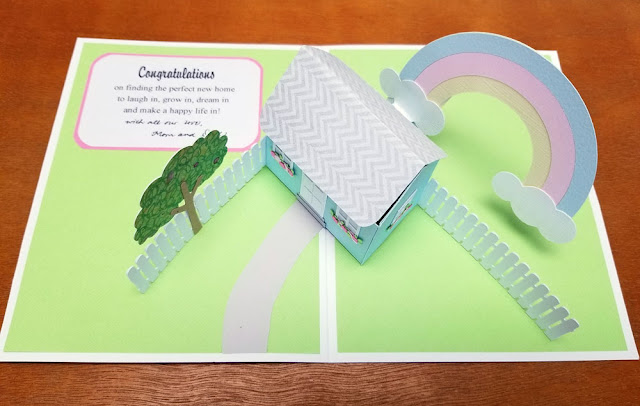 Through Duncan Birmingham's tutorial, I learned I could add things on to the pop up rectangle house structure as long as I stayed in the same line or parallel to that line. So on that premise I added the white picket fence and a pop up box on the backside of the house to attach the rainbow; and happily it worked! The one thing I just couldn't get quite right was the placement of the roof, which is not quite on correctly, but I after several tries at adjusting it, I gave up. 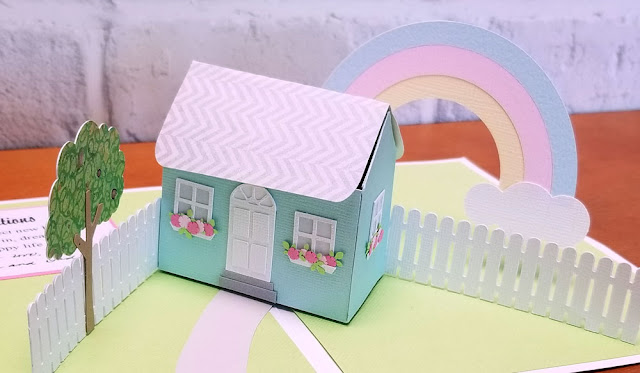 For the fence, windows and door, I used the same cutting files I originally created in Cricut Design Studio for the first housewarming card for my daughter back in 2012. I just downsized everything to fit this house. Cutting file for the tree is from Doodlebug's "Trees-Kitten Smitten" and rainbow is "Cute Rainbow" from Miss Kates Cuttables.  Flowers and leaves for the flowerboxes were punched using mini punches from Punch Bunch. 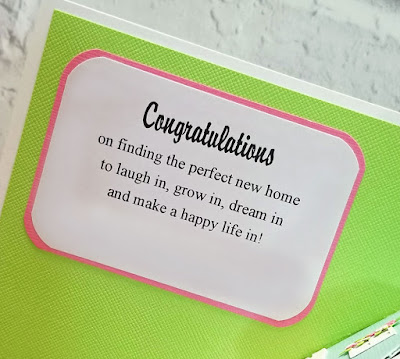 It took a lot of practice tries and experimenting, but I guess was pretty happy with how this pop up house card finally turned out, despite the issues with the placement of the roof.  However, I know I probably won't be attempting another pop up house like this anytime soon. The funniest thing is that just as I was getting ready to publish this post, I found out yesterday that Karen Burniston released 12 new die sets this month which includes dies to make a pop up house similar to this one. Darned.... if only I had waited a little longer before attempting to make this card! Now I might have to buy that die and eat my words about what I just wrote about not making anymore cards like this soon...!

I liked the card front but my eyes really popped when you revealed the inside! Amazing! You have such patience to make these 3D cards. Congrats to your daughter and husband! My son and his wife also just purchased a forever home in Manoa but it never occurred to me to make them a card. Well, this bad craft mom did make them dinner. LOL!