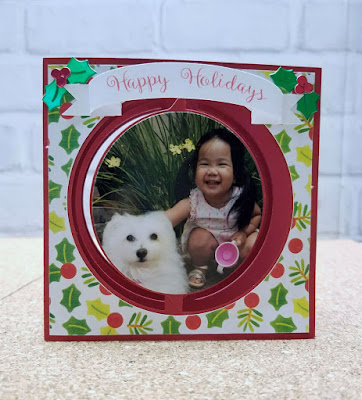 Merry Christmas! Sharing our family Christmas card for my last post of the decade. This year I decided I would finally make the accordion style Christmas card I had been wanting to do ever since the Karen Burniston/Elizabeth Craft Designs die for this card was released back in 2013. Back then I was still sending out 90 Christmas cards every year, and just the thought of making 90 four panel cards made me feel exhausted! 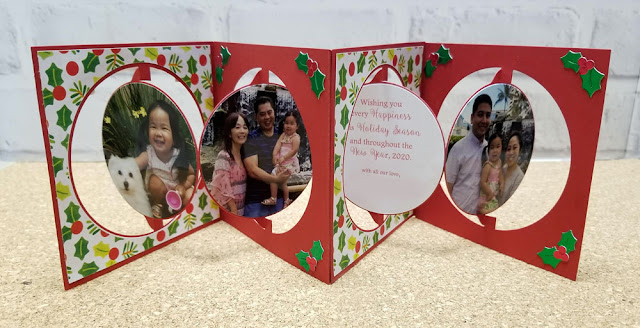 But since then, we've cut our holiday card list down considerably. Nowadays we send less than 60 cards out at Christmas so I finally felt motivated enough to give the accordion style card a try this year. 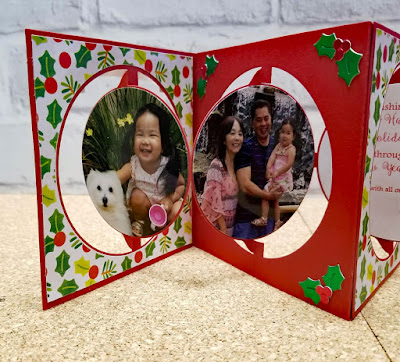 Die cutting all 240 panels needed for my 60 cards wasn't as bad as I thought it might be. I definitely think that die cutting the panels using the Sizzix Big Shot was much quicker than if I had tried to cut them on the Silhouette using a cutting file. The best part is that die cutting was a step easy enough to be commissioned out to hubby while I worked on other steps needed to finish the cards. He also helped with die cutting the 8 sets of holly and berries needed for each card. Hurray for teamwork! 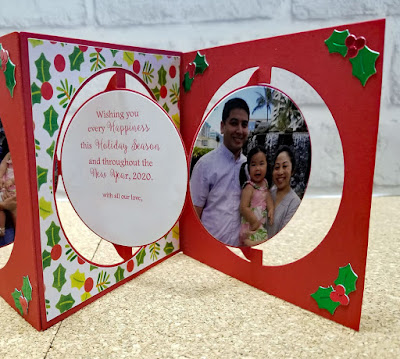 Since I didn't have a metal die for it, the patterned paper inserts for three of the panels on each card were cut using a cutting file I created and the the Silhouette machine. The round insert with our greeting as well as the printed folded banner on the front of the card were also cut using the Silhouette using the print and cut function. Photos were cut using one of the dies from a Spellbinders Nested Circle set. 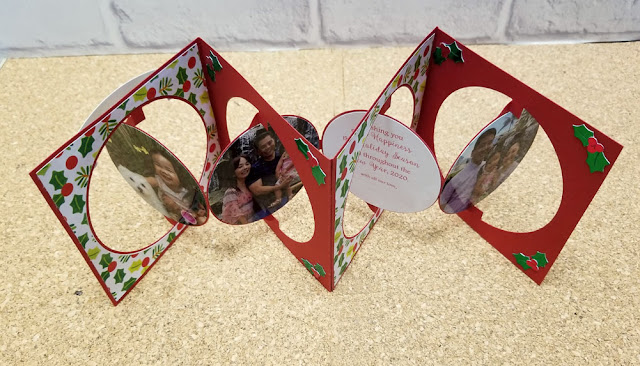 Gluing the panels together to create the accordion card was a little tricky at first, but I eventually got the hang of it and happily we were able to get our cards out in time. Happy Holidays!

Christmas is a holy event people celebrate this event for sending a gift to each other and their beloved ones.
Custom Christmas Boxes