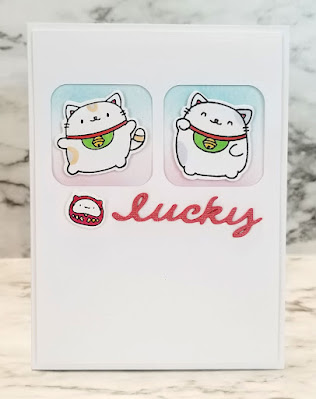 This is a very simple card I came up with to use as a Make and Take sample for a couple crafty friends. It had to be quick to prep and easy to assemble since we were short on time.  While trying to think of ideas, I reached for my Mama Elephant Lucky Cat stamp set because the images are so cute and they're super easy to color up.. 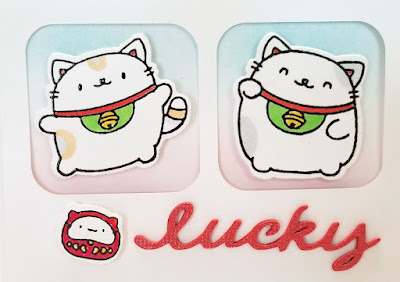 I created a front panel with two rounded square windows cut on my Silhouette. Distress inks were blended onto a piece of cardstock and added behind the windows. I heat embossed and colored the two largest lucky cats and the daruma cat stamped images for the front. The word "lucky" was created using Doodle Cursive font, cut three times and stacked for dimension. 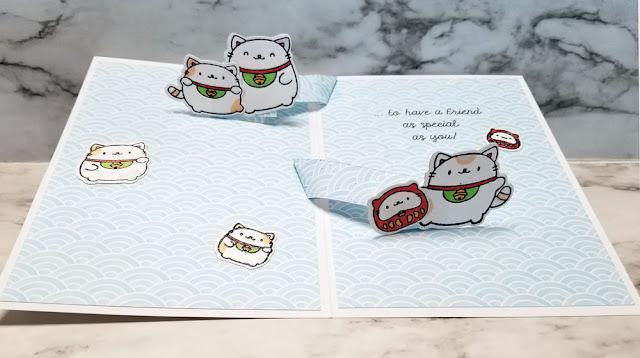 On the inside, I added two pop up mechanisms from Karen Burniston's Flip Frame Pop Up Die set to the center fold of the card. 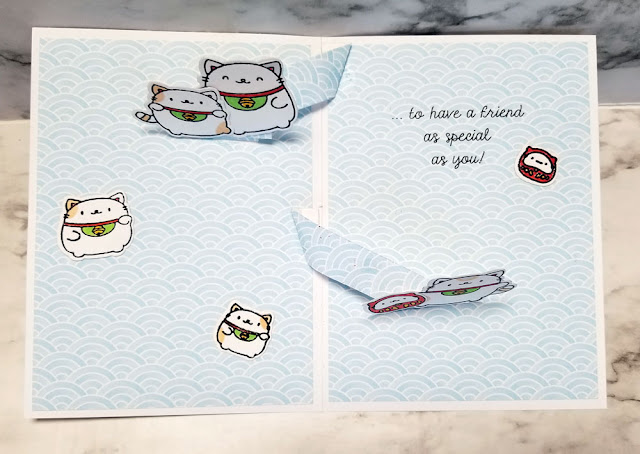 A pair of lucky cats were glued on to each mechanism. so as the card is opened, the kitties pop upright to be perpendicular to the page. 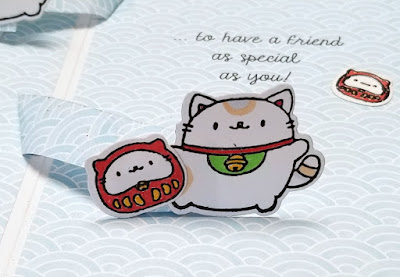 Loving that this pop up mechanism is so simple and quick and easy to install. And that is the very reason that I've already decided that I'll be using this mechanism in my Christmas cards this year. Hope it all goes as planned!

Labels: Flip Frame Pop Up, Thinking Of You

Another really great card! I love the pop-up feature and the cute images really work well with the card theme. Thanks for showing your delightful creation.