You Color My World! 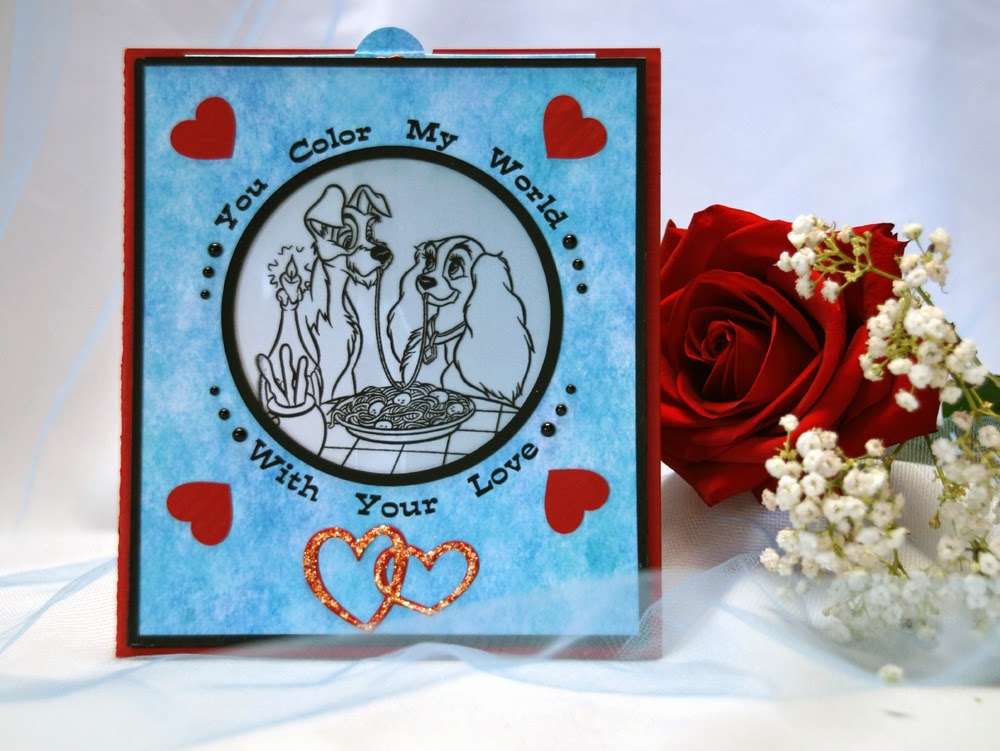 Three days after hubby's birthday, we celebrate our wedding anniversary. This year was number 34 for us...wow, time flies when you're having fun, right? This year for my anniversary card for hubby I decided to do a "blast from the past"... and bring back a really old stamping/cardmaking technique I learned many, many years ago called the Magic Color Card. 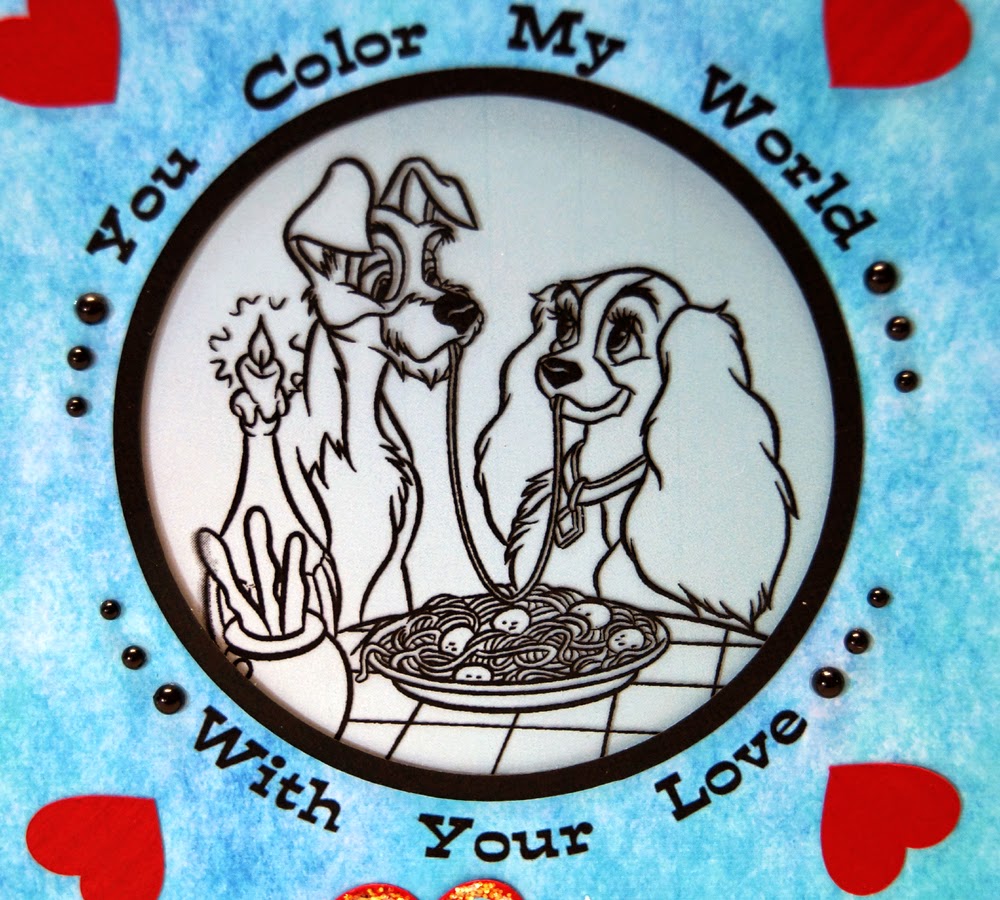 Instead of using a stamped image, I chose to use a coloring book image of a classic and one of my favorite Disney couples, Lady and the Tramp. Printed the image twice; once on acetate and a second on white cardstock. Colored the one on cardstock using my Copics. Used Spellbinders Nestabilities round dies to cut the window, and the circular word border was created in Microsoft Word 2010 using Expose font. Struggled a bit with this, but found a pretty good tutorial over at Online PC Learning  which helped a lot.

For the construction of this card, I used a Splitcoast Stampers tutorial by Beate Johns, changing the dimensions to suit my card. Pulling up on the tab on the top of the card moves the image out of the window and "voila!"... the sentiment and a colored image "magically" emerges...

The concept for this card may be old...and though it's really just a simple slider card, even after all these years, it still manages to deliver the wow effect to its recipients. 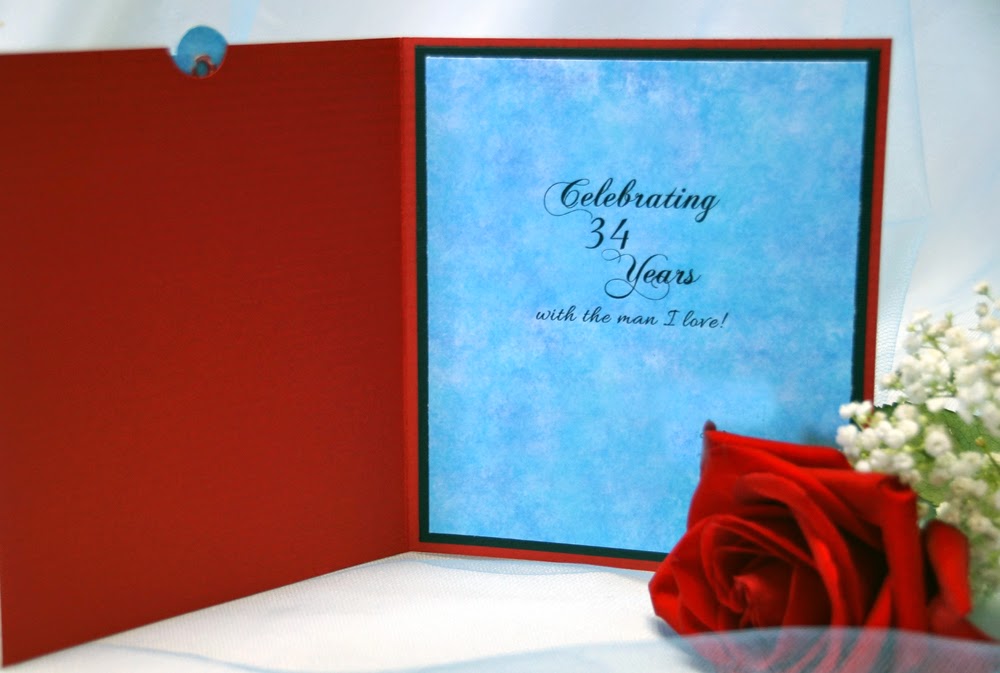 I enjoyed re-learning how to make the magic color card again. Best part is that hubby really seemed to have fun with it...sliding it back and forth repeatedly to see the "magic"...."Neat! How'd you do that?!!!"... LOL, that's why I LOVE him SO MUCH!

BIG CONGRATS on celebrating 34 years of Holy Matrimony. That is one heck of a cool card with the perfect sentiment.

Oh wow! First of all congratulations on your 34 years! Happy Anniversary! Now let's talk about this amazing card. Funny that my wedding theme was Lady & the Tramp and it is of course one of my faves too!! I've never seen a card like this. I so enjoy coming to see what you make because you always have a project that is so inspirational. I didn't know you could print like that on acetate. This is such a fantastic card. I just love it Eunice!! Have a wonderful day :)